The Mayor of the City of Omaha extended an invitation to Prochaska & Associates to participate in their “Take A Seat!” project, which sought to have park benches designed, fabricated, and donated by local architects for use in the Gene Leahy Mall. The Mayor sought to replace old park benches with sculptural seating that expressed the innovation and creativity of local companies and their city. Benches had to meet all maintenance, safety, and load bearing specifications as directed by the City of Omaha. P&A pursued a frog theme, inspired by the lagoon at the Gene Leahy Mall, giving the impression that the amphibian might have crawled up from the water’s edge for a snack. The snack is a forlorn fly but may also include pedestrians who unwittingly stop for a rest. The title of the piece is “crO!ak,” which represents not only what frogs say, but what the fly is about to do! Omaha’s “O!” logo is placed right in the middle. The playful theme is meant to appeal to young and old alike and is fitting for the playground area of the Mall. The undulating tongue’s surface provides high and low seating for people of all sizes. The frog sits on a lilypad of soft surfaced, recycled rubber to help complete the theme. The bench was fabricated by Dolphens Design and Sign. 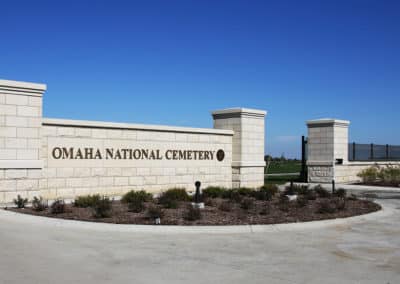 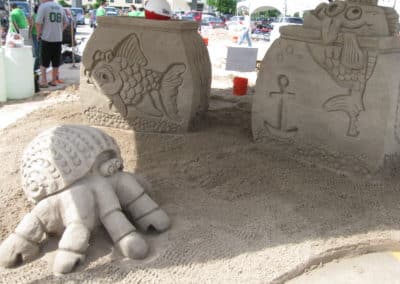 Sand in the City